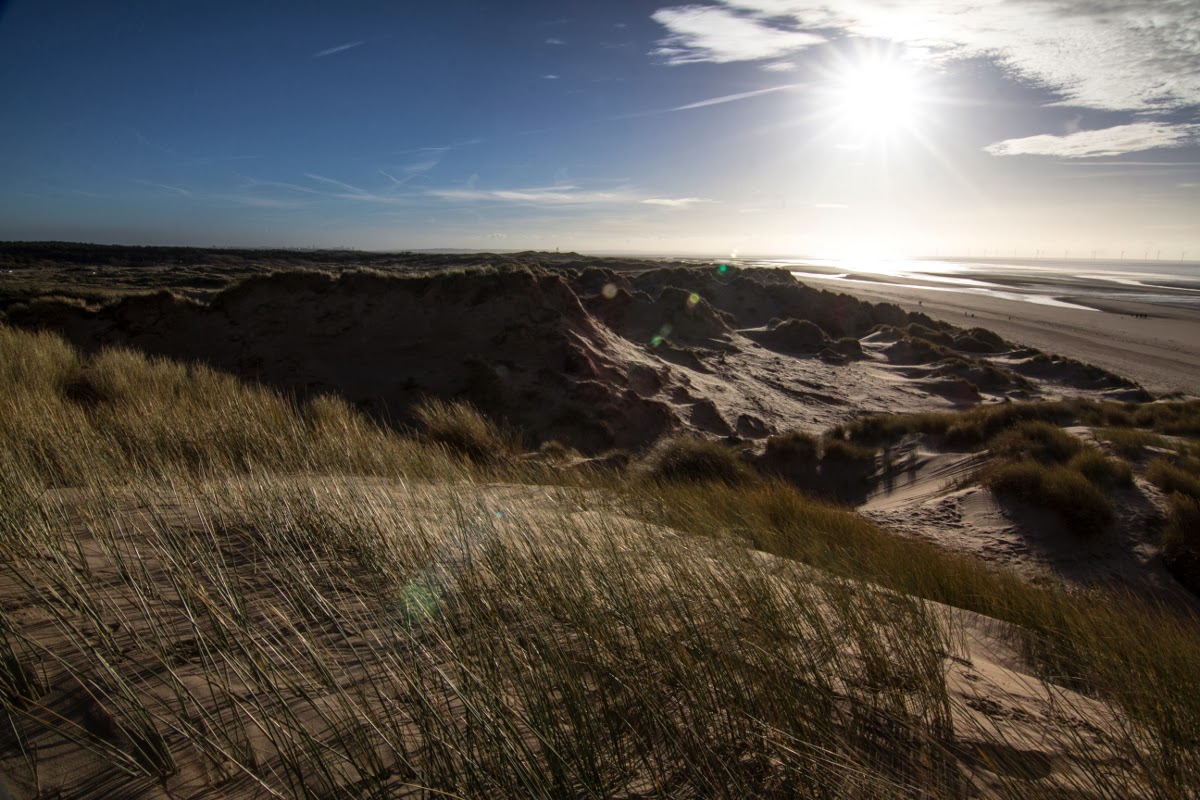 Sunset over the Sandhills at Freshfield, nr Formby on the Lancashire coast: Photographer: Timothy Francis.

I did a talk recently for the Birkdale University of the 3rd Age Group. They were a friendly bunch, as well as attentive. One of the questions I was asked was “D’you ever get writer’s block?”
It’s a question that has come up before and I can honestly reply that it is something that never bothers me these days; in as much that if I reach a place where I’m not sure where to go next, I either just type any old rubbish that comes into my head (brainstorming some call it) or I go for a walk, knowing that sooner or later my subconscious will come up with what will happen next.
I was also asked by someone else whether I always worked everything out before I got started. Obviously not! I was also asked did I know how the book is going to end.  I could honestly answer that with “I have a vague idea” with the proviso that sometimes the characters themselves alter the ending I might have had in mind. 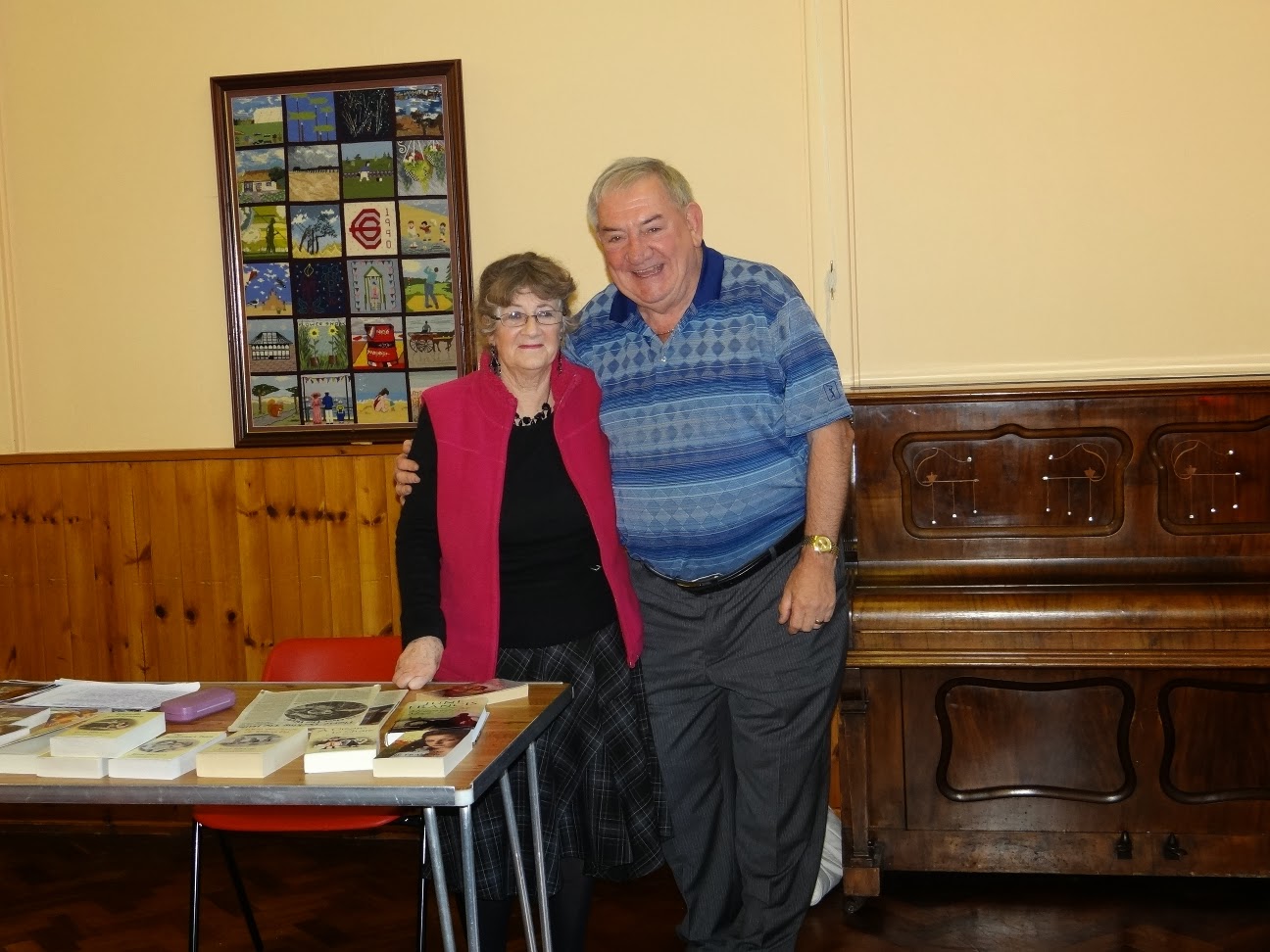 June (me) and the chairman of Birkdale U3A: Photographer: Fred McCann.

It is essential, though, to get ideas down as they pop into my mind. Once I used to just carry them in my head but the older I get the easier it is to forget a brilliant plot development; although my son, Tim, says that forgetfulness isn’t just an age thing and that he often forgets things too and it’s best to write stuff down.
Computer best to make notes but I find a calendar with lovely pictures and space enough to scribble in messages to myself hung on the wall in front of my desk is ideal for remembering talks and events. Diaries I’m inclined to put in a drawer and forget about. I already have next year's calendar that has photographs of lovely Lancashire which I bought in Waterstone’s bookshop in Southport when I was there for the Christmas lunch of the Romantic Novelist Association’s Northwest Chapter.
There were about 27 of us and I was seated by Katy Flynn and Anne Baker, who both write Liverpool based sagas and are very successful. It was good to discuss the changes in publishing and the writing life with them. The writer on my right hand side was Lynne Connelly who is an author of historical, erotic and fantasy romance, mainly for the American market in e-book format. It is a market of which she is very knowledgeable. She is also a lover of gadgets and had one to show us. I am not a techie at all but she was so enthusiastic about her latest buy which apparently is ideal for an author who hops across the Pond at least once a year. She is very aware of the importance of keeping in touch with her American market by attending the RWA Conference in the USA. Those who have been in the business for years, like myself, need the younger ones like Lynn Connelly and Annie Burrows who writes Regency romance for Harlequin Mills & Boon.
When I first joined the RNA there were no Chapters, only the meetings in London for its members. The idea of chapters was broached at the very first RNA conference in 1998 at Stoneyhurst College, Lancashire. Freda Lightfoot and I were the first to get involved in setting up the chapter in Northwest England.
Interestingly Stoneyhurst College has literary connections of another kind. Former pupil, Sir Arthur Conan Doyle, creator of Sherlock Holmes, based Baskerville Hall on Stoneyhurst Hall and Moriarty was apparently named after a fellow pupil of Conan Doyle. Also J.R.R. Tolkein wrote part of THE LORD OF THE RINGS while staying at the college where his son taught Classics.
It had also been arranged that some of us visited Magna Large Print Books in Long Preston whilst at Stoneyhurst. We met the lovely Diane Allan, who is in charge there and who is now a writer, herself. If my memory serves me right, not only were we shown the whole process of how our books were turned into Large Print but we were served a lovely lunch as well. Magna also produce Audio.
I had seldom visited the beautiful Lancashire countryside until my husband, John, took up fell running and introduced me to such places as Downham, Belmont, Pendle, Rivington Pike and Parbold Hill. Writers do really need to take time out from the writing and I now regard Lancashire as not only a country where I find inspiration for my books but also it was great discovering that some of my ancestors, the Gregorys and Morecrofts came from the lovely market town of Ormskirk but more of them next time.

Below is a lovely snowy scene of Pendle Hill in the distance taken from the village of Downham. Photographer: John Francis. 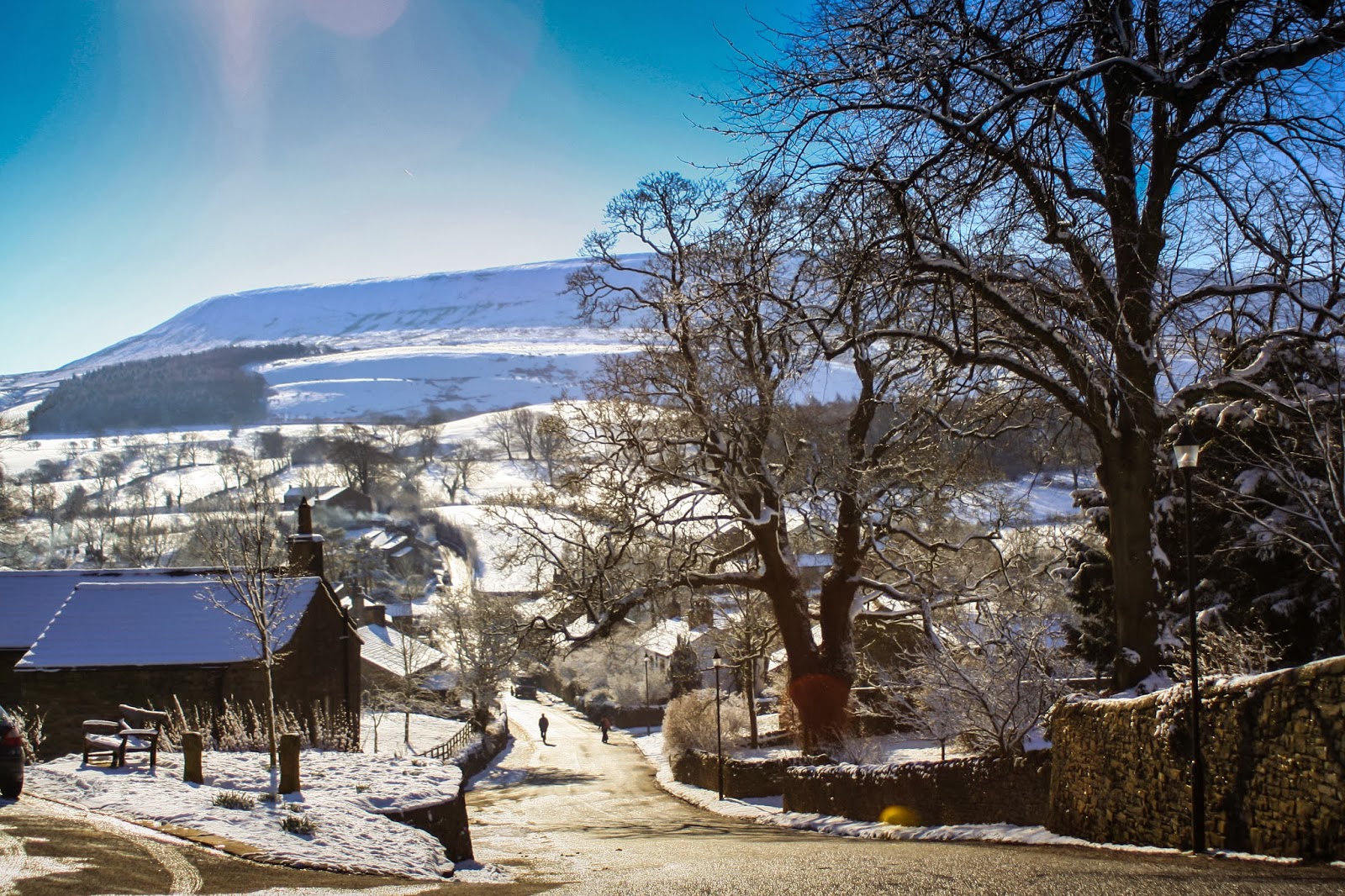