Part 5:Writing Liverpool and Beyond

Like many a writer I had no plans to retire. There is something very addictive about creating your own little world to escape into when real life gets too much. Furthermore it’s intensely satisfying to know that there are readers who want to share that world with you. I just had to keep coming up with a story and for my publisher to like it enough to publish it.
I remember independent publisher, Judy Piatkus, saying to me, ‘Liverpool, it’s a port! You can take a story anyway.’
As a kid, I’d always loved going down to the Pierhead and watching the ships go by and I’d dream of travelling to far distant lands on one of those ships. The furthest I ever sailed was to the Isle of Man when my husband was skin diving and Ireland a couple of times. Firstly to Bantry Bay for skin diving again and secondly I had travelled with my youngest son and we’d taken our bikes. It was the school summer holidays and I intended doing some research for a medieval romance. We cycled into the Wicklow Hills and also stayed in a youth hostel in Dublin. The experience was also to come in useful for FLOWERS ON THE MERSEY.
Australia, I thought, for my next heroine. But I had to think up a story first, most of which would still have to be grounded in Liverpool. I decided it was going to start in the thirties and my heroine’s family home was going to be a dairy with cows in a shippen to the rear. My husband remembered one such place in Lombard Street, off West Derby Road in the forties.

(This photo was sent to me by Elizabeth and Ken Ledgard of Canada after they had read my book. The owner of the dairy was Elizabeth's uncle and he was known to John, my dairyman. The dairy was  situated in Boaler Street, about a mile from my fictitious one and was taken in the thirties.

I knew I would need more information about running a dairy, so I asked my milkman, John Moor, could he help me out. Indeed, he could. Further more a cousin of his father had written a book based on how their grandparents had left a farm in Yorkshire in Victoria’s reign. I felt a stir of excitement, thinking, And they came to Liverpool! I had visited Knaresborough in Yorkshire by train and bus to check out the actual site of a castle for a medieval romance a few years before. I had named my hero Guy Milburn and written two more books involving two of his offspring. Could the Milburns really have come from Yorkshire?
Furthermore when I mentioned needing to talk to someone who had emigrated to Australia, my milkman said, ‘Funny, you should say that.’
Strange, indeed! The person John knew was Athol, kin to him, and, who as a boy had gone out to Australia with his parents in the late twenties/ early thirties. Later he had gone to sea and ended up back in England where he had met a girl from Manchester and married her. He had returned to Australia but at that very moment he was back in Manchester in search of his roots. He had been in touch with my milkman on a trip to Liverpool Central Library to have a look at the Victorian censuses!
Athol and I met and we had a useful and interesting chat, not only about Australia but also about his search for his roots. He showed me what he had done so far and incredibly he had Nelsons living in Northern Ireland on his family tree. We couldn’t find a link between his Nelsons and mine but it certainly stirred my interest again in wanting to know more about my ancestors.
But in the meantime, I immersed myself in my own little world and carried on writing. It’s when real life drags you out of that world and you have to leave it behind that it fades and is difficult to recapture.
A hot June evening and a phone call from Fazakerley Hospital. ‘Dad, can you come and pick me up!’ ‘Oh my God! What are you doing there?’ Last we knew our youngest son had been meeting friends and his sixth form teacher for a celebratory meal in Crosby after finishing A Levels.
Apparently he had been attacked on the way home but he had managed to escape but had been chased. The police had been called and had taken him to hospital. Besides cuts and bruises, his shoulder blade had been dislocated from its socket when he had been dragged around.
One of his attackers had been apprehended and the case was eventually to go to court. By that time Daniel was at Durham University and had to come home three times to attend court because twice the case was postponed.
His attacker did not have a leg to stand on because a woman had witnessed the attack from her bedroom window and was prepared to stand up in court. It was a relief for all of us when it was over but Daniel’s shoulder blade was never to be the same.
But at least he was safely up north in Durham and I could immerse myself in my writing world again.
I would emerge regularly from that world and enjoyed several trips to Durham with its stunning cathedral over four years. It did occur to me that sited where it was in Northumberland, not far from the border with Scotland, that my Milburn roots might be there.
The summer of 1999 Daniel graduated and we had a spell of hot weather, so while he went off cycling through France, I persuaded my husband that I could do with a couple of days up north. He had bought a map and on it we found that there was a Milburn forest. It lay not so much near Durham but further west, nearer Penrith on the edge of the Lake District. I can't help thinking how much easier it would have been to find it if only the internet and satnavs had been available then. Still, maybe it was more exciting doing it our way.  But here is a link to the history of Milburn.
http://en.wikipedia.org/wiki/Milburn,_Cumbria
I can scarcely describe the thrill it gave me when we found the village down a winding narrow country lane. I felt like singing. This surely had to be the origin of the Milburn branch of my family but what were they like and when had they arrived in Liverpool? And what of the Nelsons, the Cookes and the Rogers?  Where had they come from?
Posted by Unknown at 07:08 3 comments: 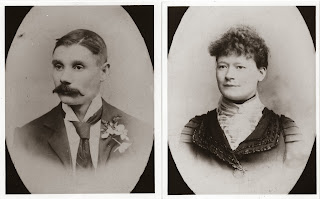 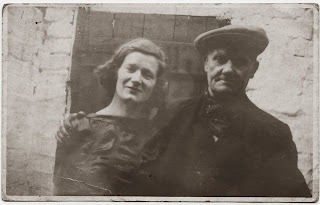